Welcome to Episcopal Church of the Redeemer, San Rafael

The Episcopal Church of the Redeemer is a caring community offering opportunities for spiritual growth by knowing, loving, and serving God through each other and our neighbors.

As a Christian community striving to follow Jesus Christ, we rejoice in your presence among us. Diversity is a gift of grace in Creation, and we would love to see you here. At Redeemer, we honor everyone in our tradition of "whoever you are and wherever you are on your spiritual journey, you are welcome here.”

Sunday Service 10am, In-Person and Zoom (Zoom only last Sunday of the month)

Our worship is centered on the Eucharist, and is celebrated on Sundays at 10am and on various Holy Days. "Laying on of Hands" healing is provided each Sunday at services. Communion is open to everyone who chooses to participate.

Face coverings are still required for all participants except while reading or preaching. This allows us to continue maintaining a space for those not yet able to be in mixed-masking situations to worship in person. Thank you for helping to care for our congregation and community. 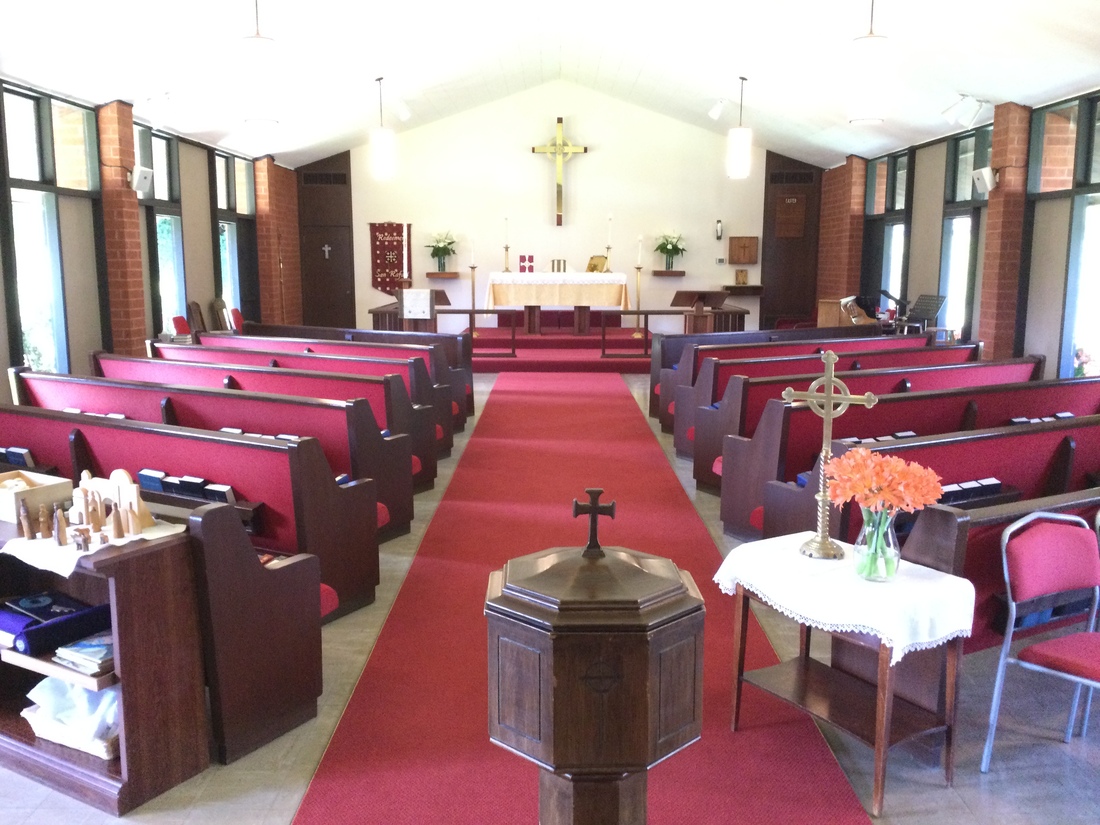 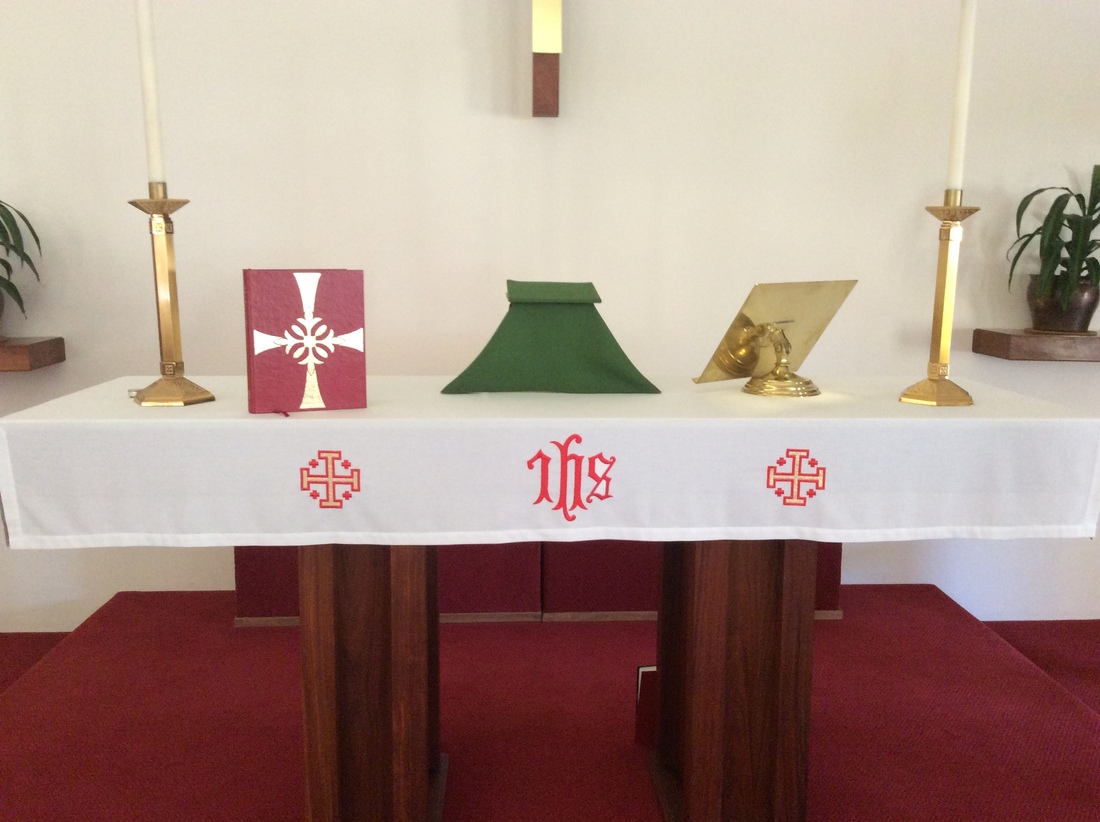 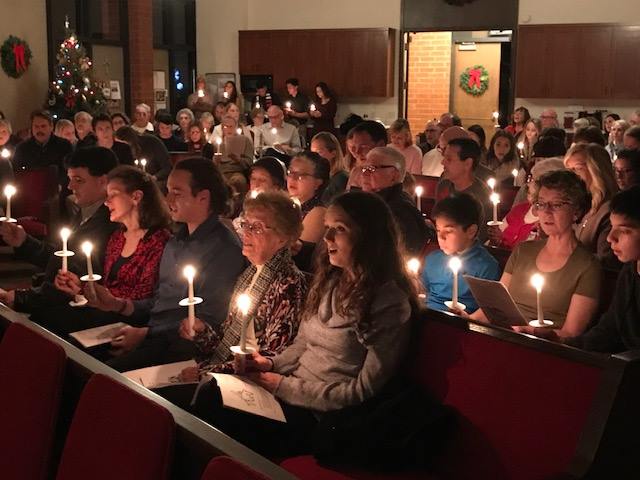 We have a beautiful, well-used community labyrinth on our meadow area. We welcome you to enjoy our labyrinth and hope that walking it will aid you in your spiritual journey, whether you seek prayer, meditation, transformation, or any peaceful experience.

Church of the Redeemer was organized as a mission in 1957 after the diocesean bishop purchased three acres of land in East San Rafael for a new church. The purchase included the McNear Mansion, a 10,000-square-foot home built in 1906. The first services were held in the ballroom of the house, and the priest lived on the upper floors. In 1964 a new building was constructed which now houses the church. For many years the Mansion was used for the parish house, the church office, Sunday School, and as a venue for community events. Later, parts of the house were rented to a preschool/daycare provider.

After the 1989 Loma Prieta earthquake, the McNear house was sold and the church took over the privately held preschool and established Redeemer Preschool. A new school building was constructed in 1995, and the church was remodeled to add a clergy office and later a service area was added. 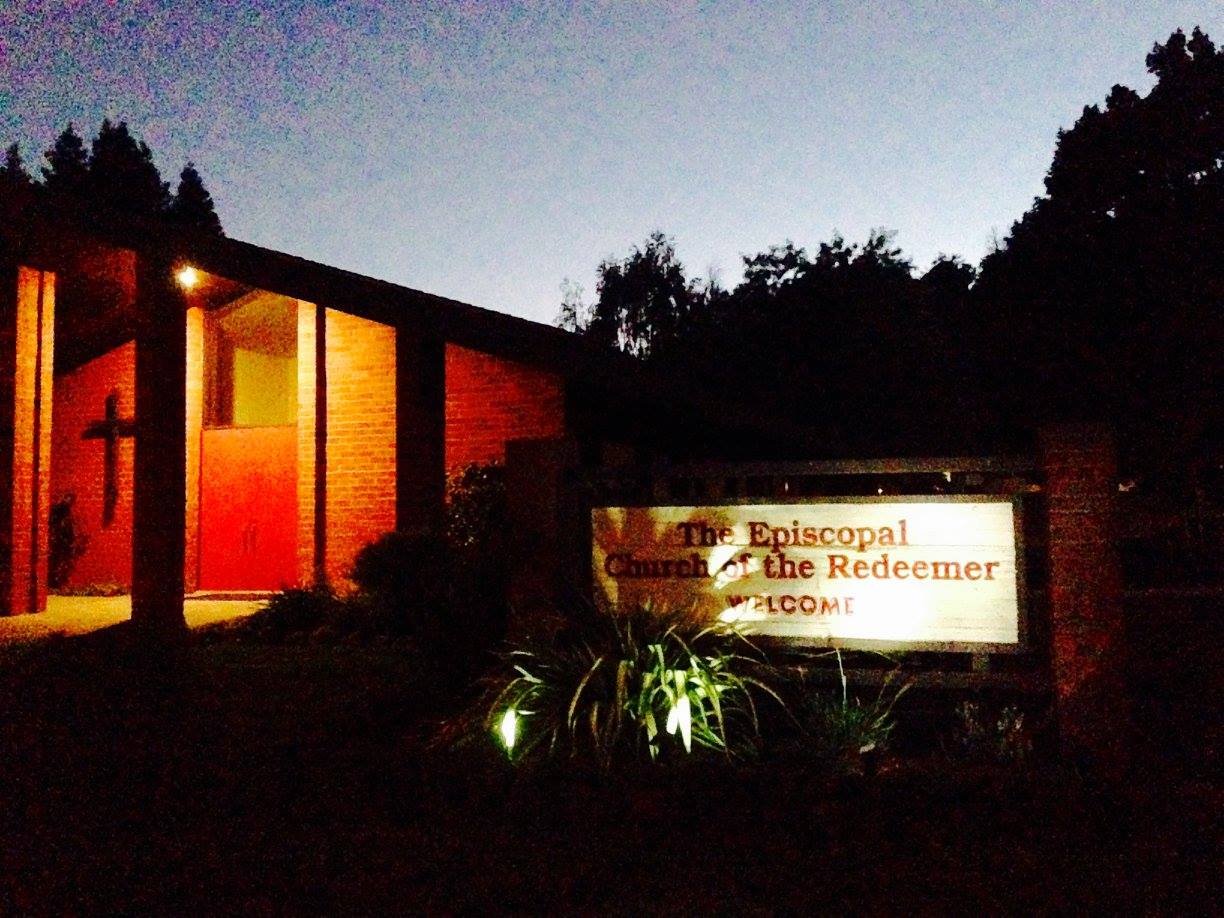 Located on land that for hundreds of generations was a Coast Miwok shellmound and sacred burial site, we continue to attend to and steward the land mindful of its role in our own growth and renewal, as a community and as a congregation. The Redeemer campus and the former McNear Mansion sit on a site once occupied by a Miwok encampment and sacred burial mound. The McNear Mansion sits atop the old burial mound and the church is located roughly where the encampment stood, above the high tide level of a bay inlet or on the banks of a stream. The mound consists mainly of shells discarded from the Miwok marine diet. During excavation for construction of the Preschool building, in the early 1990’s, two complete skeletons were carefully removed, under Miwok supervision, to be re-interred at a separate sacred burial facility maintained by the Miwok descendents. The mound was originally much taller, having been leveled somewhat for the Mansion construction. 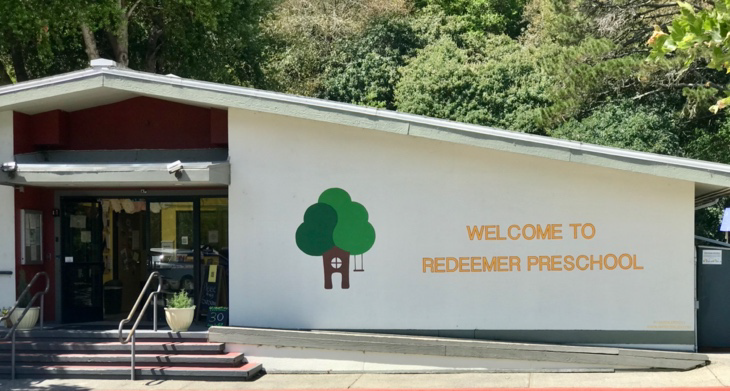 Founded in 1994, Redeemer Preschool is a mission of the Episcopal Church of the Redeemer. Redeemer Preschool provides a safe and welcoming place for children to develop and grow through quality learning, supported by a community of faith that welcomes all people.

Redeemer Preschool provides a rich environment where children gain confidence and self-esteem, and a love of learning. Our program is play-based and promotes learning in all developmental areas that are specific to a child’s emergent ideas and interests. Small class sizes and low teacher-to-student ratios (no more than 1:7) give each child the opportunity to learn at their own pace and in their own style. We adhere to state and national standards in early childhood education.

Redeemer Preschool is composed of a professional team of teachers and administrators, an Advisory Council, students, and their families. We believe a child’s knowledge of self and the world grows from pleasant and meaningful learning experiences as well as cohesive communities. Redeemer Preschool provides programs, curriculum, and people that support children to succeed to their full potential, academically and in life.